I’ve read this book – about the story of the atomic bomb. I wanted to know more about the subject because I think that the making of the atomic bomb was the greatest ethical test for humanity so far in history. And it is a complex one. What happens if we create a weapon of unseen destructive power? What happens if we don’t? Can technological progress be stopped, or should it? Can it be controlled? – is humanity mature enough for that? Is science superior to national interest? The list goes on…

Before the atomic bomb, the filed of physics was dominated by hope: the ways that science could be used to make the world a fundamentally better place. Afterwards, everyone became painfully, continuously aware of how things could be turned against everything they ever dreamed of. It was a a sobering awakening moment for the professions of physics and engineering.

We are approaching this sobering awakening point with the profession of software engineering. And I’d rather learn from history than learn from my own mistakes.

So, I’ve read this book, and it was time well spent. I made notes… About all the ethical dilemmas people went through. I have a great admiration for those physicists, Bohr, Szilárd, Teller, Oppenheimer and others. They were pioneers of technology. And whether they liked it or not, they were pioneers of ethics too. 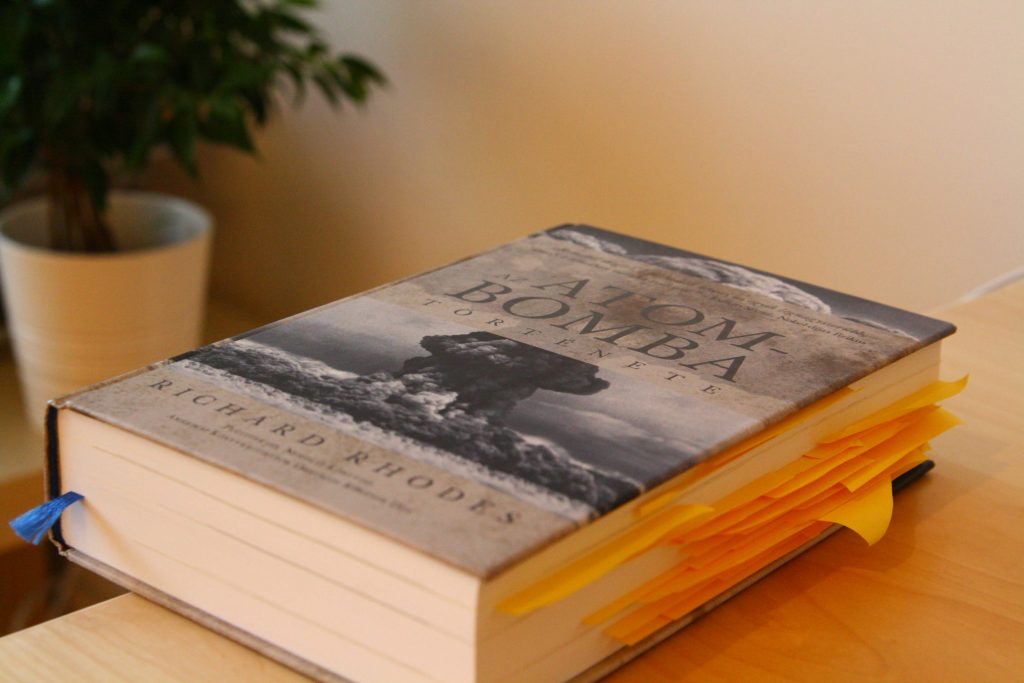 I am still arranging my notes and thoughts, but I promise to share them one by one on this blog.